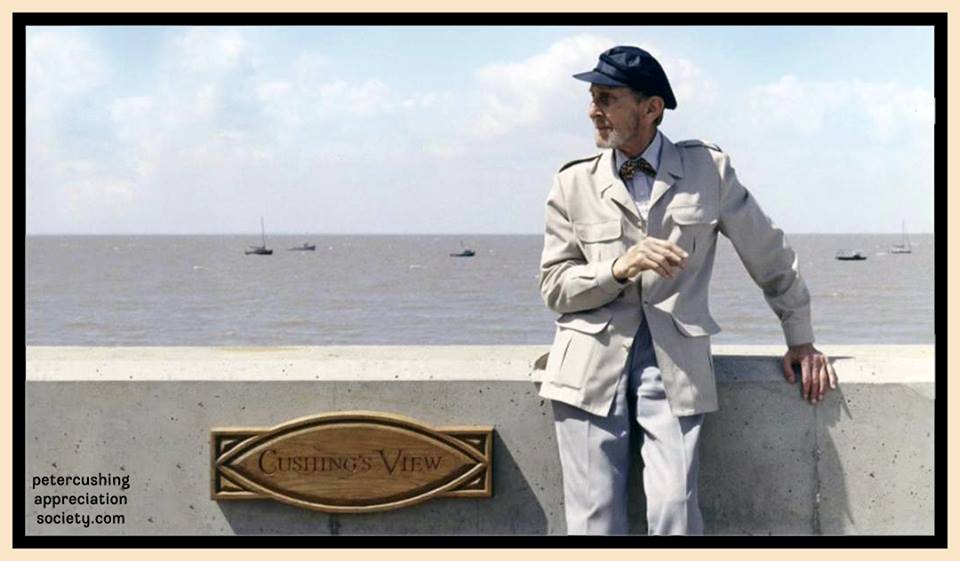 Town was the perfect place for an actor who sought obscurity

I moved to Whitstable in 1984. It was a very different town back then.

It was relatively undiscovered at the time. The only famous person living here was Peter Cushing, who enjoyed the town’s obscurity, I suspect, precisely because it gave him a degree of freedom to get on with his life unmolested.

People left him alone. You’d see him swishing about the town on his bike, or taking tea in the Tudor Tea Rooms but, aside from the occasional nod of recognition, that was about as far as any interaction would be likely to go.

I did canvas him once. This was when I was the election agent for the Labour Party candidate for the County Council elections in – I think – 1985.

I knocked on his door not knowing it was his house. He was polite but firm, telling me that, as an actor, he didn’t get involved in politics.

I was in the Tudor Tea Rooms when he was taking tea on one occasion. The cafe was full of eligible widows of a certain age, all dolled up and twittering with barely concealed excitement at his presence, but his interest was clearly more with the young waitresses who were serving him, with whom he kept up an almost continuous conversation. I suspect he tipped very well.

I know he loved Whitstable very much and can recollect seeing a sentimental poem about the town by him in one of the local papers.

And that’s about as much as I ever came to know about Peter Cushing’s life in our town.

I was there as his funeral procession made its way along Harbour Street. The town was very full on that day, and there were photographers from the national press elbowing people out of the way and climbing up on step ladders to get a better shot, and TV cameras from all the networks fronted by reporters with microphones.

I suspect that may have been the reason he came to the town in the first place: to get away from all that attention.