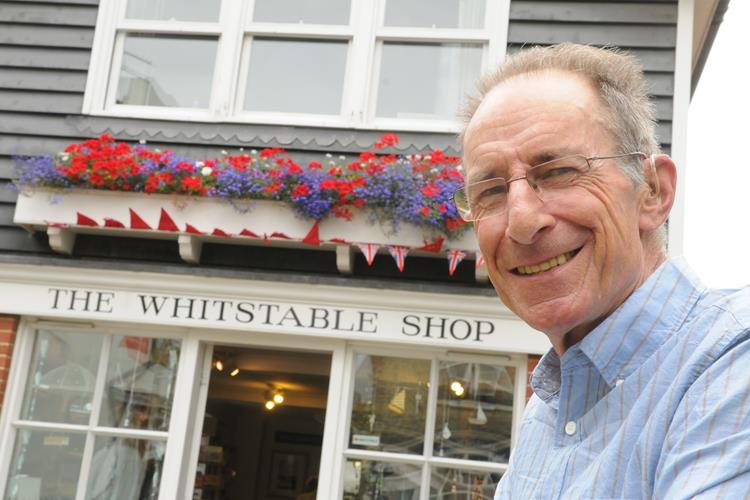 In memory of Richard Stainton: Save Our Public Libraries

It was three years ago this month, in January 2016, that Richard Stainton died.

People in Whitstable will remember him. He was a dedicated campaigner and great friend of the town.

One of his campaigns was on behalf of Kent’s libraries. His “Save Our Public Libraries” petition gathered 4,127 signatures and was handed in to KCC in April 2015.

I feel sure that, were he around today, he would be collecting signatures to stop the planned reduction in hours of our county’s libraries.

The scheme, presently under public consultation, is to save £1 million by cutting the number of hours libraries will stay open.

For Whitstable this could mean a reduction in hours from 59 to 37 a week, a 25% cut. Herne Bay and Canterbury will both see reductions to 42 hours a week.

The documents are available on the KCC website. Put “Libraries strategy KCC” into your search engine, or follow this link, to find it. You can also put your views. The consultation process ends on the 29th of January, so you will need to be quick.

You will also notice that they’ve been holding a number of drop-in events in libraries across the county. Most of these are finished now, but there are one or two still to take place. Whitstable library doesn’t appear on the list, which suggests we are already considered a second rate town.

I don’t know about you, but for me the public library was an important part of my growing up. As a working class romantic, the library offered sanctuary. It opened up a world of possibilities to my questing mind.

And while it is true that these days most kids have the internet, there are still a large number of services that our libraries have to offer.

Just to list a few: Whitstable library has a substantial local history section. There are books in there which you would not find on the internet. You can reserve books from any library in the county for just 80p, and check out the entire back collection of the Whitstable Times on microfiche, from 1865 to its closure in 2017.

Also the library has an array of computers which people can use. This is particularly important for poorer families, or people on benefits, who may not have a computer. These days almost everything is done online, including claiming benefits. Without access to computer, what would you do?

Other services include “Craft and Chat” and “Talk Time” for older people, “Story Time” for preschool children and the ever popular “Baby Rhyme Time” on a Tuesday, where not only do the tots get to know each other, but the Mothers do too.

You can get DVDs and spoken word books in there. You can read the Gazette weekly, the i- daily and the Sunday Times on a Sunday.

You might not think that the reduction in hours matters very much, but, be assured, this is just the thin end of the wedge. What’s to stop further reductions happening in the future?

The previous consultation, which Richard Stainton campaigned against, would have had our libraries farmed out to a charitable trust, and then cut. Fortunately this didn’t happen, but Richard would be appalled to find out that opening hours are going to be cut anyway.

As he said, “libraries are the heartbeat of a community.” And you don’t keep a heart going by cutting it.

Occasionally, some of your visitors may see an advertisement