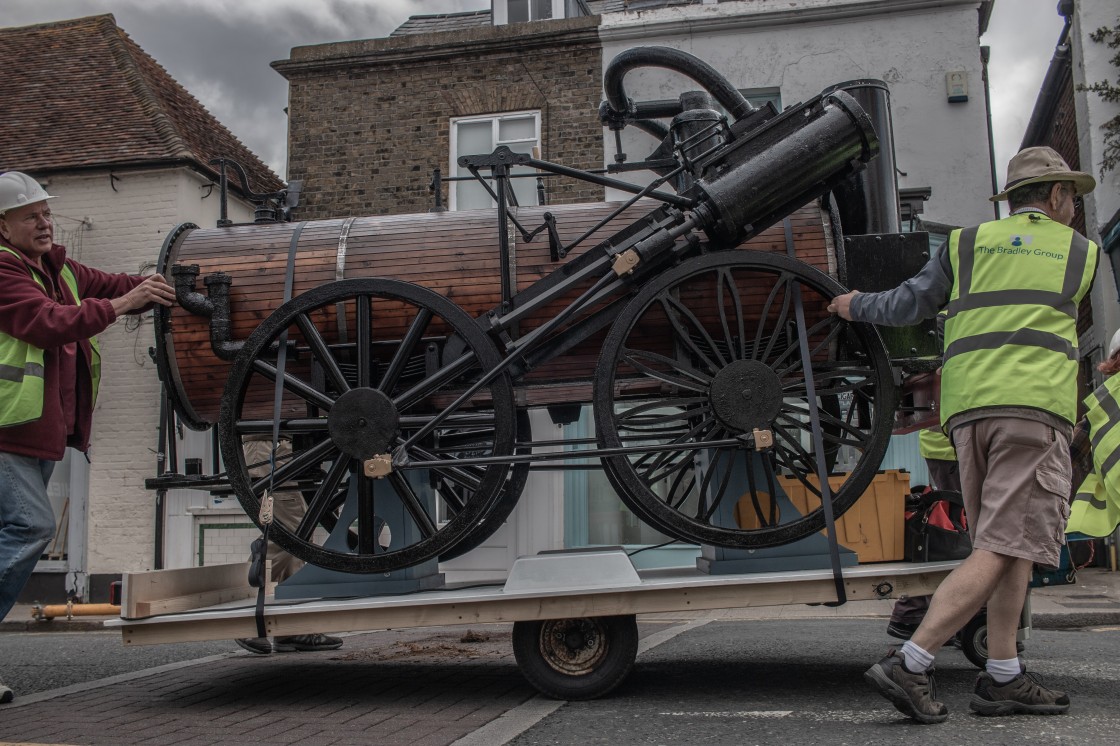 Firstly there was the rush to get the programme finished. If it hadn’t been for my brother-in-law, Matthew Valentine, I don’t think we could have managed it. A magazine editor in a previous incarnation he taught me all about the esoteric delights of a flat plan.

This is exactly what it sounds like. It’s a plan of your prospective publication, laid out flat, on a single page. Prior to seeing it I had no idea what I was doing. Once I had it in my hands I was able to easily picture what our layout should be and then find the content to fill the pages.

I did the editorial content, while my fellow committee member, Andy Latham, did the adverts. I think his job was harder than mine, having not only to fit all these oddly-shaped adverts in a variety of different formats onto our already complicated pages, but also to find the advertisers.

I do think we’ve made a creditable effort between us, and that our little publication will make a worthy souvenir. It will be on sale in July, price £1, all proceeds to the Carnival fund.

Another major effort was taking possession of the Invicta model on the 16th of June. That was a memorable day for me, not least because it was my birthday.

The model was built in 1997 by Mike Souter for the 100th anniversary of the Carnival, so it is fitting that the new Carnival Association should take possession of it in our first year. Our thanks to the Crab and Winkle Trust for donating it to us.

Collecting it meant being close by for the arrival of the real Invicta, dressed up in High Vis vests and hard hats, and bustling about in an efficient looking manner, pretending to be part of the crew.

Leo Whitlock was there, esteemed former editor of this newspaper, now a PR man for Canterbury City Council. We exchanged a few words about the operation. It was very impressive, we both agreed, and Leo contrasted his own role, as a “keyboard warrior”, with the “real men” who had overseen and organised this heroic engineering feat.

Our job was to receive the model on a trailer. This was done by hoisting it over the museum building using the same crane that had previously lifted the Invicta. Once the road was clear, we pulled the trailer to its destination, where we built a shelter around it.

Well I say “we”. It was Andy Latham who had built the shelter previously, which we only had to bolt and screw together. It was also Andy who had found the trailer and made it fit for purpose. I claim no credit whatsoever for any of this, but I did donate part of my birthday to its execution.

Being there for the arrival of the Invicta, and receiving the model, made us feel like we were now firmly embedded into the history of the town.

Our last great effort was to run a benefit down the Umbrella Centre, featuring Ivan’s All Stars and the Native Oysters Band, which raised a total of £811.90. Our current balance now stands at £2,535. There’s another benefit at the Labour Club on the 29th.

So it’s thanks to everyone who has helped us out so far. If you’d like to make a donation, our PayPal username is the same as our email address: carnivalwhitstable@gmail.com. 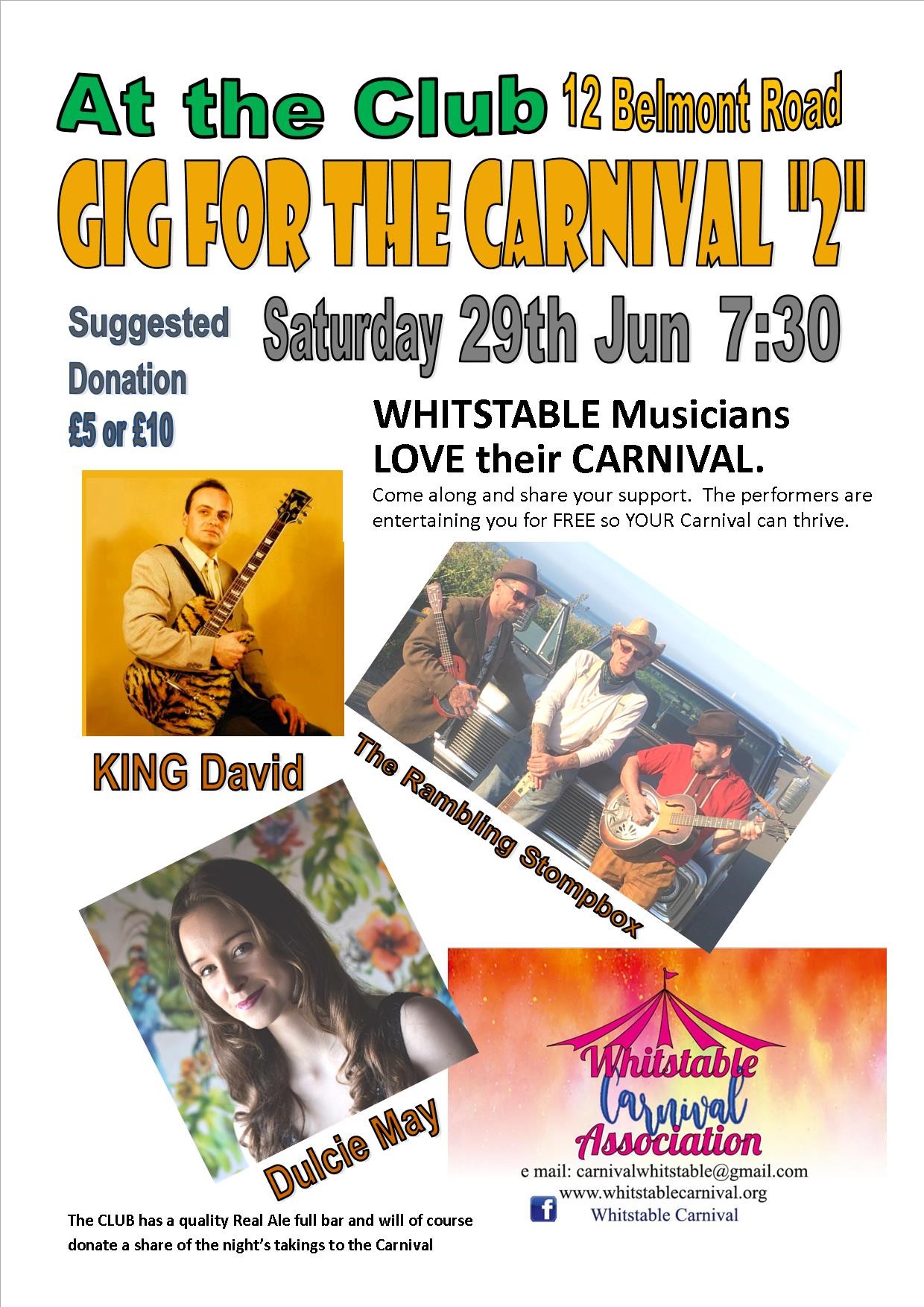 From The Whitstable Gazette 27/06/19The editor welcomes letters on any topical subject, but reserves the right to edit them. Letters must include your name and address even when emailed and a daytime telephone number.Send letters to: The Editor, Room B119 Canterbury College, New Dover Road, Canterbury CT1 3AJPhone: 01227 475985 fax: 01227 762415email: kentishgazette@thekmgroup.co.uk 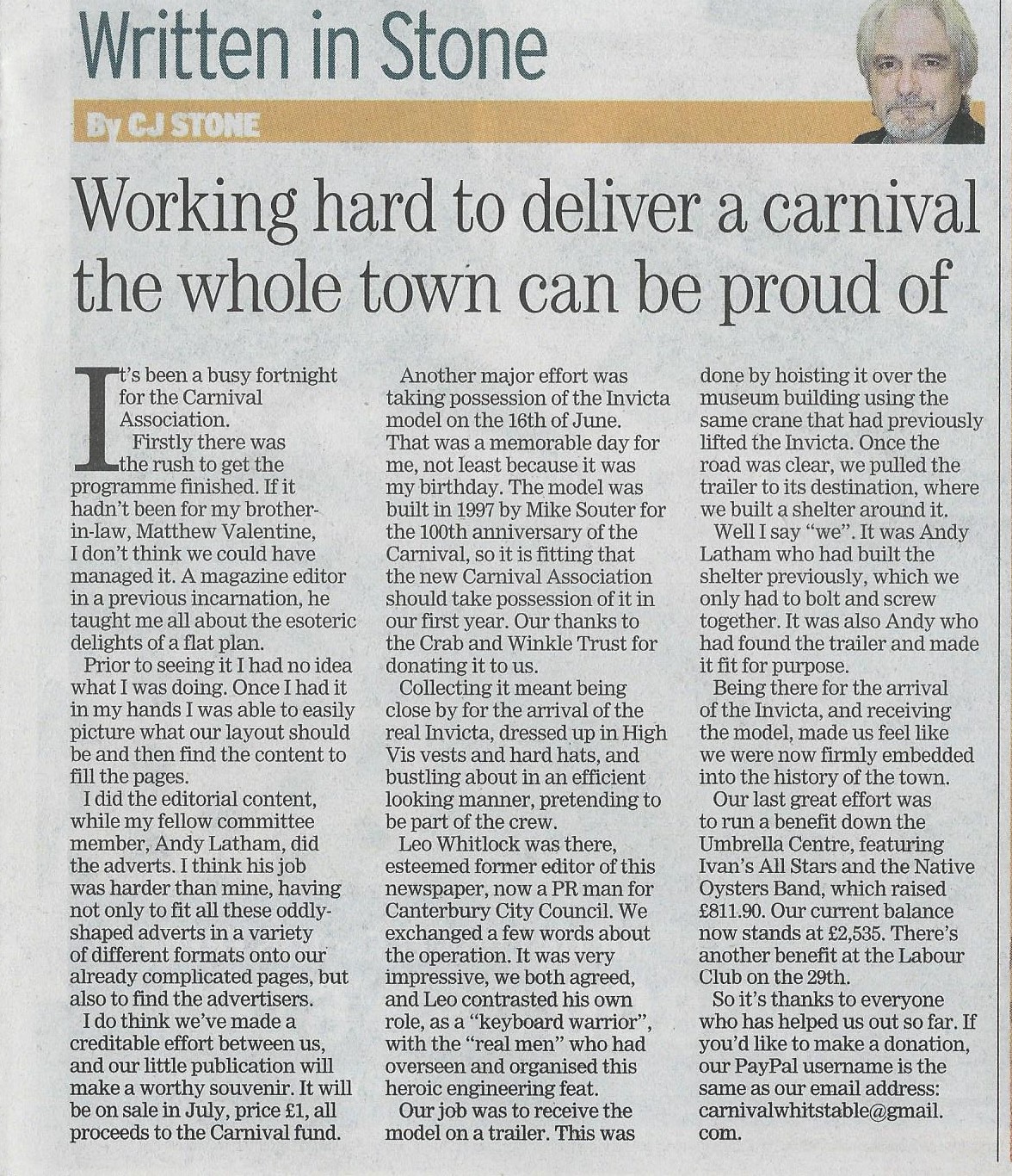