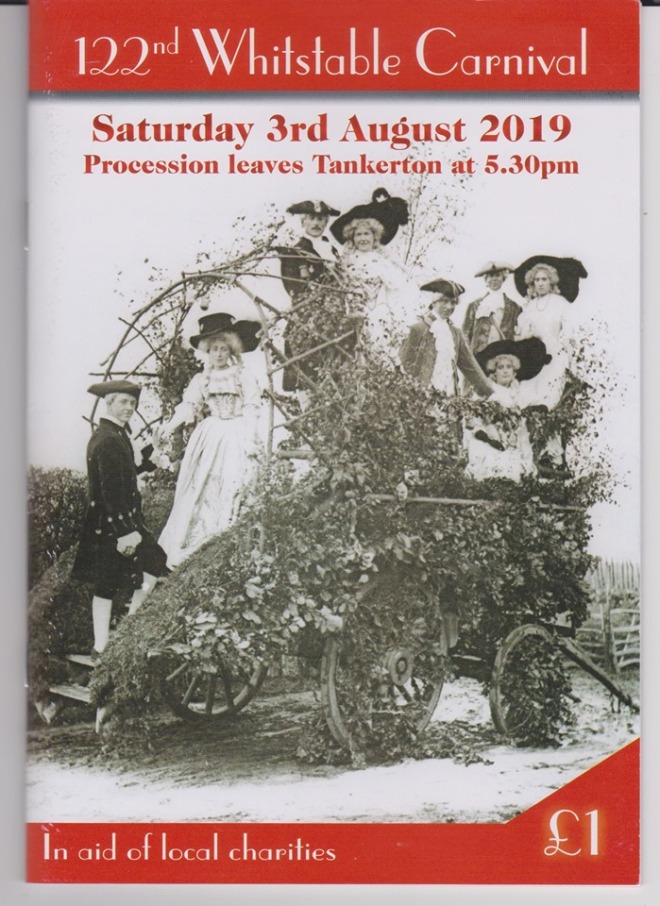 The carnival belongs to our town and no one else

It was our Chair, Belinda Murray, who first made me aware of the meaning of “culture”.

She said that originally the word had referred to the organisms that people would carry with them when they moved from place to place: their yoghurt cultures, their sour dough, their yeast.

The idea was transposed onto the traditions that people would also bring with them.

In other words, culture is a living thing.

That idea has really been brought home to me since I first became involved in Carnival back in February this year.

Carnival doesn’t belong to anyone. No one created it. It wasn’t imposed upon us. It’s roots are deep in history.

The current committee are merely the custodians of a living tradition. There were people before us. There will be people after us. The carnival goes on forever.

So our thanks go out first of all to the two Carols, Sims and Simmonds, and to all the other members of the Carnival Association, who kept the tradition going through the years.

It’s been a steep learning curve for us, the new committee, and we’ve made many mistakes along the way.

One early mess-up involved us nearly sending out a hundred letters to prospective participants with the wrong date on it. We put the date of the first Carnival as “way back in 1987”, instead of 1897. I had to go through each letter to correct it by hand.

Very unprofessional, you might say. But that is precisely the point: we aren’t professionals. We are a bunch of amateurs doing what we can. If that’s the worst mistake we will ever make then we won’t be doing bad.

What brings us together is our enthusiasm. We believe in Carnival. We believe in the spirit of it: its madness, its chaos, its utter pointlessness, and its fun.

Because that’s what it’s all about really. It’s a day off from the ordinary round of things. A day when pedestrians walk in the middle of the road and cars are made to wait. Of silly costumes, and decorated floats. Of make-believe and fantasy. Of noise and drums and whistles and music and crazy mayhem. When a little boy called Maurice, and a little girl called Mila, can be our King and Queen for the day. A day when the normal rules no longer apply.

Our first decision as a committee was that our Carnival wasn’t going to be a commercial enterprise. It’s not about money or bringing people into Whitstable from other parts of the country.

It is our shops, our businesses, our craftsmen and women, our artists, our musicians, our people, making themselves known to each other.

It is our day for sharing.

And that is precisely the spirit in which this year’s Carnival has been built. It’s amazing how many people have given so much energy to make it a success.

We’ve had five fund raising benefits which between them have raised over £6,000.

Gerry Atkinson, Andrew Hastings and Alison Dilnutt took photographs. Julie Wassmer was our auctioneer, and Graeme Bosley her “beautiful assistant” at our auction. The Crab and Winkle Trust gave us the Invicta model. The museum gave us permission to use the photographs from the Douglas West collection. Various shops have allowed their premises to be used for the Children’s Activity Trail (details in the programme) and various venues have let us put on events.

But it was the Lammas loaf, made by Mark Hubbard of Hubbard’s Bakery, which most captured the essence of Carnival for me.

This was summed up in what the Reverend Simon Tillotson said as he blessed the loaf, on the afternoon of the full moon eclipse, Tuesday 16th July, under the dappled shade of an ancient Yew tree (symbol of eternal life) outside All Saints Church:

“As this bread has different parts to it, but is one bread, so may the Carnival, representing all the different bits of Whitstable, be knit together and woven together for Your glory.”

He meant for the glory of God. I’m not a religious man, but I said Amen to that.