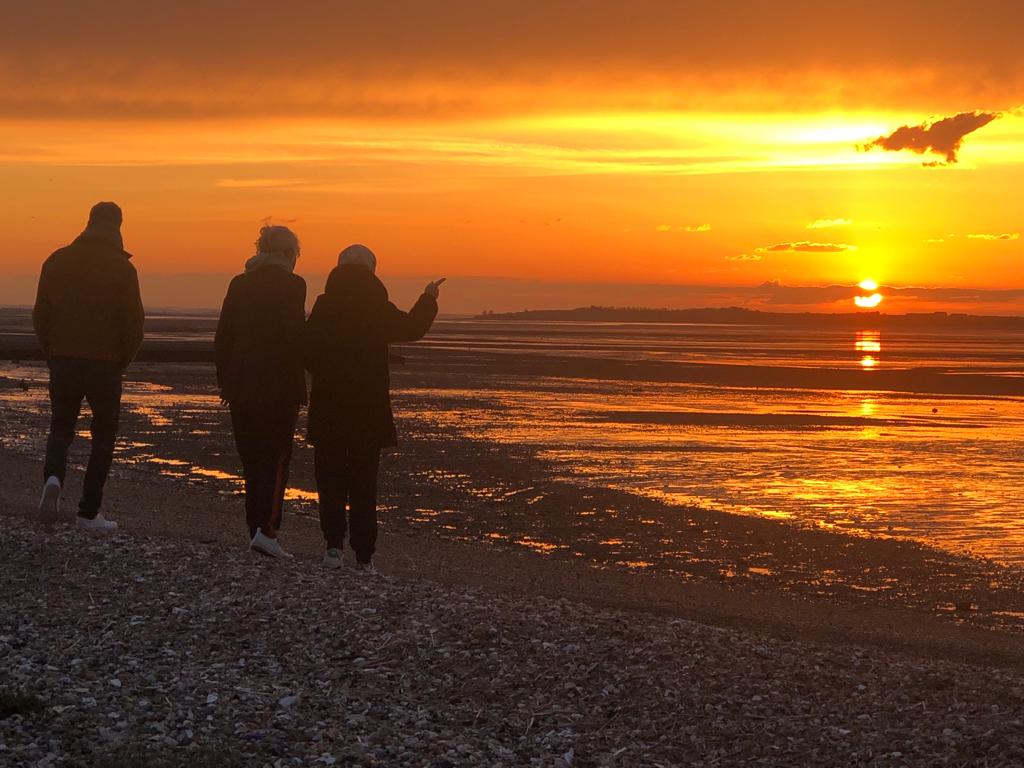 The Tide is High (but we’re holding on)

Defending Homes and Businesses in Seasalter

The sparkly green sea, which is visible from your sitting room window, has been rising pretty swiftly all year. In fact, this morning’s high tide is creeping worryingly close to your back door. What do you do?

1.     Stick your fingers in your ears, pretend it’s not happening, and get on with today’s Wordle?

2.     Google: ‘What can I do about rising sea levels outside my house’, have a massive meltdown and decide that it’s someone else’s problem?

3      Take a deep breath and decide that it probably isn’t a great idea to let someone else decide the future of your home. Get together with your neighbours and local businesses, form a group with a unified voice*, then kick things off by emailing your local MP with your concerns.

(*n.b the ‘unified voice’ bit can be tricky. As everyone knows, many voices = much chaos. But given how high the stakes—and the sea levels—are, now’s the time to consider what’s best for the whole community, not just the individuals. Look at the bees, they do it brilliantly.)

For those of us lucky enough to live on the coast, rising sea levels are a reality. And here on Seasalter beach, where I’ve lived for 18 years, the sea is already regularly washing into people’s gardens, causing erosion and loss of land. Last week the Whitstable Gazette and Kent On-line reported on Canterbury Council and the Environment Agency‘s decision to cease maintaining any sea defences from the year 2055, and allow the 1.4 mile stretch from the Oyster Pearl restaurant to the Sportsman on Faversham Road to flood. On top of their decision, Canterbury Council have informed the local residents by letter that they are not allowed to build any of their own sea defences.

My next door neighbour Sue Kingsman is one of the many who would lose her house. Her grandfather bought the property over 100 years ago, which she now shares with her husband Vince, her children, her grandchildren and her great grand-children. As she says: ‘It’s hard to know what to do, but to do nothing and just let it flood, doesn’t make sense.’

Jeremy Alexander and his wife Michelle would also lose their home on Faversham Road if the ‘plan’ (which, let’s face it, isn’t really a plan) went ahead. They have worked all their lives to be able to buy their property which, like most parents, they had hoped to pass on to their three children. Along with the rest of the local community, Jeremy’s first question was: How come the Council’s decision, which directly affects all of us living here, was made behind closed doors. without adequate consultation?

‘How can they know the implications of this decision?’ he says, ‘if they haven’t asked us anything about our homes and businesses?’

Others residents are more resigned. They include Phil Harris from the Sportsman, who believes there isn’t much point to maintaining the sea defenses and that the inevitable should be allowed to happen. He has a point—adding two feet to the sea wall every few years won’t make much of a difference in the long run—but the Sportsman is owned by Shepherds Neame brewery so the situation there is very different from the other permanent residents of Faversham Road, who stand to lose their own homes and in some cases, their livelihoods.

Jasmine Moreira, who, along with her husband Kevin, owns Driftwood B&B, says, “As the owner of a successful local business we bring a large amount of tourists to the area who enjoy Seasalter’s outstanding natural beauty. We are deeply concerned that the local Government’s failure to plan is a breach of its duty of care to the current residents, and holiday makers. The Medmerry Realignment Scheme* has shown that with some preparedness our coastline can be enjoyed for future generations.”

Putting aside the matter of lost houses and businesses, there are so many other questions surrounding the issue of rising sea levels in Seasalter, including what would happen to the present road, once it’s allowed to flood? How much would it cost to build another road further away from the shore, nearer to the railway line? How would the flooding impact the natural environment, including the recently completed RSPB nature reserve on Seasalter Levels? Would there be any financial compensation or assistance for residents forced to leave their homes?

Seasalter is part of a much bigger picture. Around the UK coastline, many communities are facing similar challenges, so do we all throw our hands up in defeat, retreat under the duvet and let someone else decide our future?

It’s been said that now is the time for humanity as a whole to grow up and realise what power we have. And all across the UK, including in Whitstable, communities are standing up to those who’ve been making decisions on our behalf, without our best interests at heart, be that the government, the banks, the big corporations, the oil companies… Southern Water (I had to get them in somewhere for all the shit they’ve shoved into our beautiful seas. Thank you @SOSWhitstable  for doing such a great job in taking them to task).

Humans are creative souls and when we get together, sharing our collective vision, passion and ideas, new solutions emerge. *Medmerry, the managed realignment scheme on a 7km stretch of Sussex coast, once threatened by extreme flooding, is a prime example. This sustainable scheme, which is the largest of its kind in Europe, was able to save 348 homes, while protecting and enhancing the natural environment and creating new jobs. It’s now recognised, nationally and internationally, as a successful, viable and cost-effective solution to rising sea levels.

Medmerry may not be the answer for Seasalter, but its essence makes for a good blueprint. Instead of old-school, defensive wall-building, there is regeneration and renewal through collaboration with community and nature.

With all the challenges we’re now facing, whether it’s the rising sea levels or the rising cost of living, we know that solution-finding works best when it’s done for the benefit of the ‘whole’, rather than the select few. Even for the armchair activists like me, there’s small stuff we can do to make our collective voice heard. In the case of Faversham Road, we can email our local MP rosie.duffield.mp@parliament.uk and the Environment Agency PSO.EastKent@environment-agency.gov.uk.* And if you’re passionate about other issues, such as rising fuel costs or tackling climate change, you can support The Good Law Project who’ve been holding the government to account, successfully in court, on these matters and many more.

I am writing about the decision by Canterbury Council to cease maintaining any sea defences from the year 2055, and allow the 1.4 mile stretch from the Oyster Pearl restaurant to the Sportsman on Faversham Road to flood. The policy is laid out in the Shoreline Management Plan (SMP), published in 2010 on behalf of Canterbury City Council.

As a member of the local community I am deeply concerned that none of us were consulted on such an important decision which affects our homes and in some cases, our businesses.

Myself and many of our community feel it is a breach of duty and we are requesting a major review of this decision.

Ways You Can Help Whitstable Views: